2:50-3:05  Avery Paxton, UNC-Institute of Marine Sciences: “Convergence of fish communities between a newly deployed and an established artificial reef occurred over five months and along a distinct trajectory North Carolina’s Artificial Reef Program”

3:10-3:30  Doug Kesling, Independent Contractor: “A Brief Look at Emerging Technologies for Marine Science and Ocean Exploration: Past and Present”


Thank you to the host of this year’s symposium: 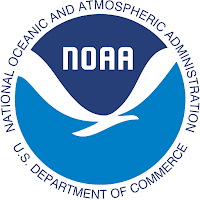 And very special thanks to: 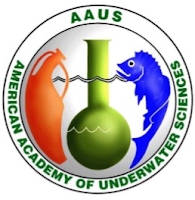 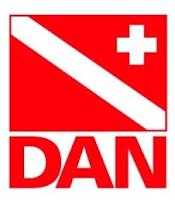 Artificial reefs are deployed world-wide to enhance fisheries. Placement of new artificial reefs relative to nearby existing reefs influences fish communities, yet no quantitative guidelines exist for buffer distances between reefs. We determined buffer zones around reefs where placement of new reef structures should be avoided. We sampled fish communities and environmental variables on twenty-four temperate reefs, including artificial and natural reefs. We surveyed 30 m on reefs and along three transects of increasing distance away from reefs into contiguous sand habitat: 0-30 m, 30-60 m, and 60-90 m away from reefs. Fish abundance, biomass, species diversity, species richness, and species evenness decreased significantly from reefs to 30-60 m away from reefs and remained low 60-90 m away from reefs. Fish community composition shifted gradually, with the community composition on-reefs most dissimilar to the community composition on sand habitat farthest from the reefs. A buffer of 60 m (30 m around existing reefs plus 30 m around new reefs) and 120 m (60 m plus 60 m) between reefs would encompass ~80% and ~91%, respectively, of fishes occupying contiguous sand habitat around each reef. Future artificial reef deployment should include these buffer zones between reefs to more effectively enhance fisheries.

During the four-year campaign by the Union Navy to close the port of Wilmington to the Confederacy over forty vessels were lost by both sides. The blockade runner Condor was lost on the night of 1 October 1864 running into New Inlet. Swerving to avoid the grounded runner Night Hawk, Condor ran at full speed onto the inlet bar and stuck fast. The Confederate spy, “Rebel Rose” O’Neal Greenhow, attempting to avoid capture, lost her life when the small boat carrying her ashore capsized in the heavy swells. Condor was partially salvaged and eventually destroyed by shell fire from both sides. Condor was built by Randolph, Elder and Company, of Govan, Scotland for Alexander Collie and Company specifically to run the blockade. At 221’ long by 28’ in beam, Condor epitomized the search for speed under steam. The wreck site was thoroughly documented from 1994-1996 with updates completed in 2016. To date Condor remains the world’s best preserved blockade runner. Since 2015 The Underwater Archaeology Branch (UAB) of the North Carolina Office of State Archaeology has worked with the local dive community to turn this well-preserved blockade runner into North Carolina’s first true Heritage Dive Site. Heritage Dive Sites, in conjunction volunteer diver training programs in other states and countries have successfully created a shared sense of stewardship and responsibility. UAB is now working to create the same sense of public stewardship for North Carolina’s rich maritime heritage starting with Condor as the first “In Sea Museum”.

Bottom topography on reefs varies at a wide range of spatial scales and affects many physical, chemical and biological reef processes. Reef structure provides habitat and refuge for many fish and invertebrate species. Rough topography also exerts drag forces on water as it moves across reefs and the interaction between flow and topography generates turbulence and mixing. Knowledge of bottom topography is therefore important for predicting circulation, transport, and dispersion on reefs. Reef structure can change significantly over time as structure is destroyed and redevelops from disturbances; it is therefore also important to document reef structure and its evolution through time. We conducted a series to field tests to evaluate an ultra-high frequency scanning sonar system (Blueview BV5000) to measure small-scale 3D topography. The sonar was deployed by divers on a bottom-mounted tripod, and cabled back to a small boat. The rotating sonar collected 360 degree, 200 m^2, circular swaths of bottom topography. Our initial tests used arrays of objects with simple geometry and known dimensions. We also tested the system on complex natural coral reef substrates. We are currently analyzing the data to determine the accuracy of the system, and assessing how data quality varies with factors such as distance from sonar head, number of registration points, and topographic complexity.

An overview of the NC Aquariums vision for our conservation research program and partnership with NC State University.

Convergence of fish communities between a newly deployed and an established artificial reef occurred over five months and along a distinct trajectory North Carolina’s Artificial Reef Program, Avery Paxton, UNC-Institute of Marine Sciences

A Brief Look at Emerging Technologies for Marine Science and Ocean Exploration: Past and Present, Doug Kesling, Independent Contractor

Historical look back at evolving technologies for undersea exploration with the introduction of new and novel approaches to the technological challenges for the 21st century.

In August 2014, View Into the Blue (VITB), Teens4Oceans (T4O), Frying Pan Tower (FPT), and the Annenberg Foundation’s Explore.org project installed an underwater streaming webcam, SharkCam, at the Frying Pan Tower, 60 km off the coast of southeastern North Carolina. The camera installation and associated infrastructure are maintained by the partner organizations and volunteers. The camera is attached near the bottom in 15 m of water. The camera surveys the 3-dimensional structure that the tower legs represent and is adjacent to an expansive area of natural hard-bottom reef. Both these man-made and natural structures are important areas of high fish diversity. Public viewers, undergraduate students and professional researchers have so far identified over 90 species of fish that frequent the area. The camera feed is available live over the web and has an invested public viewership. Since the project went live the camera feed has had over 898,000 public views, and the associated discussion forum has received almost 33,000 comments. The camera is utilized for research by cohorts of students that data mine the archived footage for occurrence and relative abundance information on the fish assemblage. An identification guide book has been developed using still photos and excerpted video clips with detailed species descriptions, commonly confused species, and relative size and abundance information.

Mesophotic coral ecosystems (MCEs) are deep (>30m), light-dependent communities that are abundant in many parts of the global ocean. MCEs are potentially connected to shallow reefs via larval exchange and may act as refuges for reef organisms. However, MCE coral community recovery after disturbance, and thus, community resilience, are poorly understood components of their capacity as refuges. To assess the potential for disturbance and growth to drive community structure on MCEs with differential biophysical conditions and coral communities, we collected colonies of Orbicella franksi and Porites astreoides and used computerized tomography to quantify calcification. Growth rates of corals in divergent mesophotic habitats may be species specific, and habitat forming O. franksi have slow and consistent growth rates below 30 m, regardless of habitat. Slow skeletal growth rates in MCEs suggest that rates of recovery from disturbance will likely also be slow. Localized buffering of MCEs from the stressors affecting shallow reefs is therefore crucial to the long-term capacity of these sites to serve as refugia, given that skeletal extension and recovery from disturbance in MCEs will be significantly slower than in shallow reefs.

Natural and unnatural disturbance events change benthic marine habitats by dislodging and smothering sessile species. The increasing frequency and magnitude of storm events, intensity of grazing activity, and anthropogenic sand displacement projects will affect epibenthic marine communities, like those of the hard bottom ledges in Onslow Bay, NC. When a disturbance occurs, epibenthic species are removed and substrate is exposed or excess sand covers existing life suppressing its development. This combined with the warming waters of the eastern North Atlantic creates an opportunity for species previously found at different sites and depths, and non-native benthic organisms to colonize the exposed area. Onslow Bay’s unique geographical location makes it the northern and southern limit for many marine organisms. Therefore, the composition and dynamics of this epibenthic community could be a proxy for the future structure of more northern marine habitats along the East coast as water temperatures rise. This study’s objective is to determine the seasonal dynamics and spatial scales of epibenthic species recruitment on North Carolina hard bottoms. Seasonal collections and photos of control and seasonally cleared quadrats from three replicate sites within a nearshore hard bottom ledge system in Onslow Bay, NC, are being investigated with SCUBA utilizing NITROX.
Posted by CC Science Diving Association at 5:11 PM 1 comment:

Consider doing a presentation at this year’s Scientific Diving Symposium! This is an opportunity to share your work, learn about other interesting research, gain presentation experience, and network with other scientific divers and researchers in a casual environment. Past topics have included: maritime heritage and archaeology, fish and benthic communities of hard-bottom habitats, coral reef monitoring, advances in sonar technology, citizen science, and invasive species.

The CCSDA Symposium is a free one-day event held annually in Carteret County, NC. Symposium goals are to allow scientific divers to meet and exchange information on methods,
techniques, and research; share knowledge of safer and more efficient diving and research methods; and to educate non-diving scientists about ways divers might aid in their research.

The Symposium’s Morning Session will be a Discussion Group reserved for Scientific Dive Program DSO’s, Administrators, and Dive Supervisors.

The Afternoon Session will feature Scientific Presentations by area researchers and is open to all Scientific Divers, Scientists, and Educators.

We are looking forward to the photo contest again this year. The top prize will be a free dive charter!!! Be sure to submit your best photo that was taken while you were Scientific Diving.

~~~ CLICKHERE ~~~
to REGISTER for the Symposium, SUBMIT YOUR ABSTRACT,
and enter the PHOTO CONTEST.

We will be having a social immediately following the symposium. This will be the perfect way to wrap up a great day. Hope to see you there!


or if you have questions, please email ccsda.info@gmail.com
Posted by CC Science Diving Association at 4:50 AM No comments: