Slide Show of the Pictures

Great job on the photos Divers!

It will cycle through the pictures every 8 seconds, so keep watching and keep your eye on your favorite!

Posted by CC Science Diving Association at 5:15 PM No comments:

1:25-1:50  Phil Hartmeyer, “Passengers, packages, and copper: the steamer Pawabic and its place in history”

HAPPY HOUR: 5:00 -- Bistro-By-The-Sea in Morehead City in conjunction with the “If you can’t beat’em, Eat’em!” Lionfish Tournament. Cash Bar.

Posted by CC Science Diving Association at 1:06 PM No comments:

Lauren Heesemann will talk about two citizen science, diving programs the Monitor National Marine Sanctuary hosted in 2013 and would like to grow in the future. While one focused on nautical archaeology and the other fish and invertebrate communities, the sanctuary hopes to work towards one project that merges both themes, Bringing Shipwrecks to Life.

Passengers, Packages, and Copper: The Steamer Pewabic and Its Place in History

Pewabic was a famous passenger/package propeller whose history sheds light on the social and economic zeitgeist of the Great Lakes during the nineteenth century. The "Queen of the Lakes" had a short career, and was tragically involved in a collision with its sister ship in 1865. Along with the dozens of passengers, 250 tons of pure native copper was taken to its grave. Within weeks of the accident, inventors flocked to Alpena, Michigan with revolutionary designs in diving technology to access Pewabic's cargo. The wreck's identity as a salvage training ground continued into the 1970s when the last salvage expedition was staged in 1974. Since then the wreck has become a poster child for the Thunder Bay National Marine Sanctuary where it now is the focus of continued site monitoring, and underwater archaeological study.

The most recent Flower Garden Banks National Marine Sanctuary Management Plan calls for a baseline ecological assessment of fish and benthic communities in order to inform the design and implementation of a research area to investigate the impact of fishing and diving within the Sanctuary. We implemented a three-year study of fish and benthic invertebrate communities on the East and West Flower Garden Banks using three complementary techniques: 1) scuba and technical diving to characterize benthic and fish communities on the coral reef at depths between 18-46 m; 2) remotely operated vehicles (ROV) to survey resources at depths greater than 46 m, (an area that represents 98% of the sanctuary); and 3) fishery acoustics (sonar) to estimate fish biomass in the water column across all habitat types and depth strata. This comprehensive study revealed fish and benthic communities that likely represents one of the least impacted coral reef ecosystems in US waters of the western Atlantic and Caribbean region. Diver surveys found significantly greater biomass of commercially important apex predators in high-relief, upper-mesophotic reefs >31 m deep. Simulation studies using these baseline data and further research on fishing effort and impacts are recommended to determine the most appropriate implementation of a research area within the sanctuary.

Located at the southeastern end of St Thomas, US Virgin Islands (USVI), the St. Thomas East End Reserves (STEER) is a marine protected area encompassing 9.6 km2. The marine areas of the STEER include a diverse array of habitats, including coral reefs, lagoons, seagrass beds, and mangrove forests, which support numerous fish and shellfish species. In addition, STEER is an important recreational and commercial resource for the island of St. Thomas. The adjacent watershed is considered highly impacted and urbanized, with numerous sources of point and non-point pollution, leading to concerns about potential contamination and its effects on the marine resources. To fill knowledge gaps and inform management of STEER, several complimentary projects were developed in coordination with STEER’s Core Management Team, including an assessment of biological communities and chemical contamination within the STEER. In support of this work, field surveys were conducted in June 2012 across coral reef, soft sediment and mangrove habitats to characterize the fish and benthic communities in the STEER marine ecosystem. The study provides the first spatially comprehensive characterization of fish and associated benthic habitats in STEER and will serve as a baseline from which to monitor changes over time.

A brilliant blue octocoral species was photographed attached to the Liberty Ship wreck off of Masonboro Inlet, NC during October 2013. Searches of the “Guide to the Shallow-Water (0-200m) Octocorals of the South Atlantic Bight” did not reveal this species, nor have subsequent searches of Octocoral guides for other regions of the world. It was realized that Jenny Vander Pluym had photographed the species on the Indra wreck during summer 2013, and that it had been collected and put on display by Marc Neill at the Fort Fisher Aquarium. In addition to its blue coloration, this species is characterized by a stolonate growth form, conical calyces, and retractile polyps. Sclerites are colorless and predominately spindles. Sclerites from the stolon are spindles, crosses, needles, antlers, and butterflies with more predominant tubercles than the spindles and crutches of the polyps. Both the mitochondria-encoded COI and MutS genes have been sequenced for a specimen provided by the aquarium, and BLAST searches revealed no close homology with any sequenced species. Phylogenetic analyses suggest a close relationship with the Alcyoniidae and Nephtheidae. An appeal is made for information on its presence in Onslow Bay and other regions of the Carolina coast.

Groupers and their associated reef fish assemblage near Cape Fear, North Carolina, were observed using scuba and underwater stationary videography during a 7-mo period. Primary observations by both techniques were made on Gag, Mycteroperca microlepis (Goode and Bean, 1879), and Scamp, Mycteroperca phenax Jordan and Swain, 1884, while other grouper species were noted for videos only. Inferred minimum population sizes by location ranged from 0 to 4 gag, 0 to 13 Scamp, and 0 to 2 Yellowmouth, Mycteroperca interstitialis (Poey, 1860), using stationary video. Estimated densities by video camera were highest for scamp at 480/ha. Gag density was estimated at 145/ha and Yellowmouth Grouper at 50/ha. In total, 68 fish species including groupers were recorded by video and richness by site ranged from 10 to 26 (n = 34; mean 18.9, SD 4.2). Reef fish community structure as measured by mean Bray-Curtis dissimilarity between paired sites was 0.339 (0.2 SD) indicating a substantial overlap in species composition between most sites. Given the economic importance of the snapper-grouper complex and the desire to develop non-extractive (or reduced impact) survey techniques, stationary video observations hold promise for monitoring changes in reef fish assemblages. This presentation will consist of a short introduction and 9-minute video summary of the project outcomes.

The Eastern Carolina Artificial Reef Association is a non-profit organization in Carteret County whose purpose is to create and monitor artificial reef habitat. Through these community based efforts, ECARA encourages conservation through a better understanding of the importance of artificial reefs. This presentation will be an overview of ECARA’s history, present, and future.

Members of the PEDRO (Search and Rescue) crew

Posted by CC Science Diving Association at 1:00 PM No comments:

Thank you so much for your submissions! Check out the latest pics!
We will vote at the symposium on Friday! 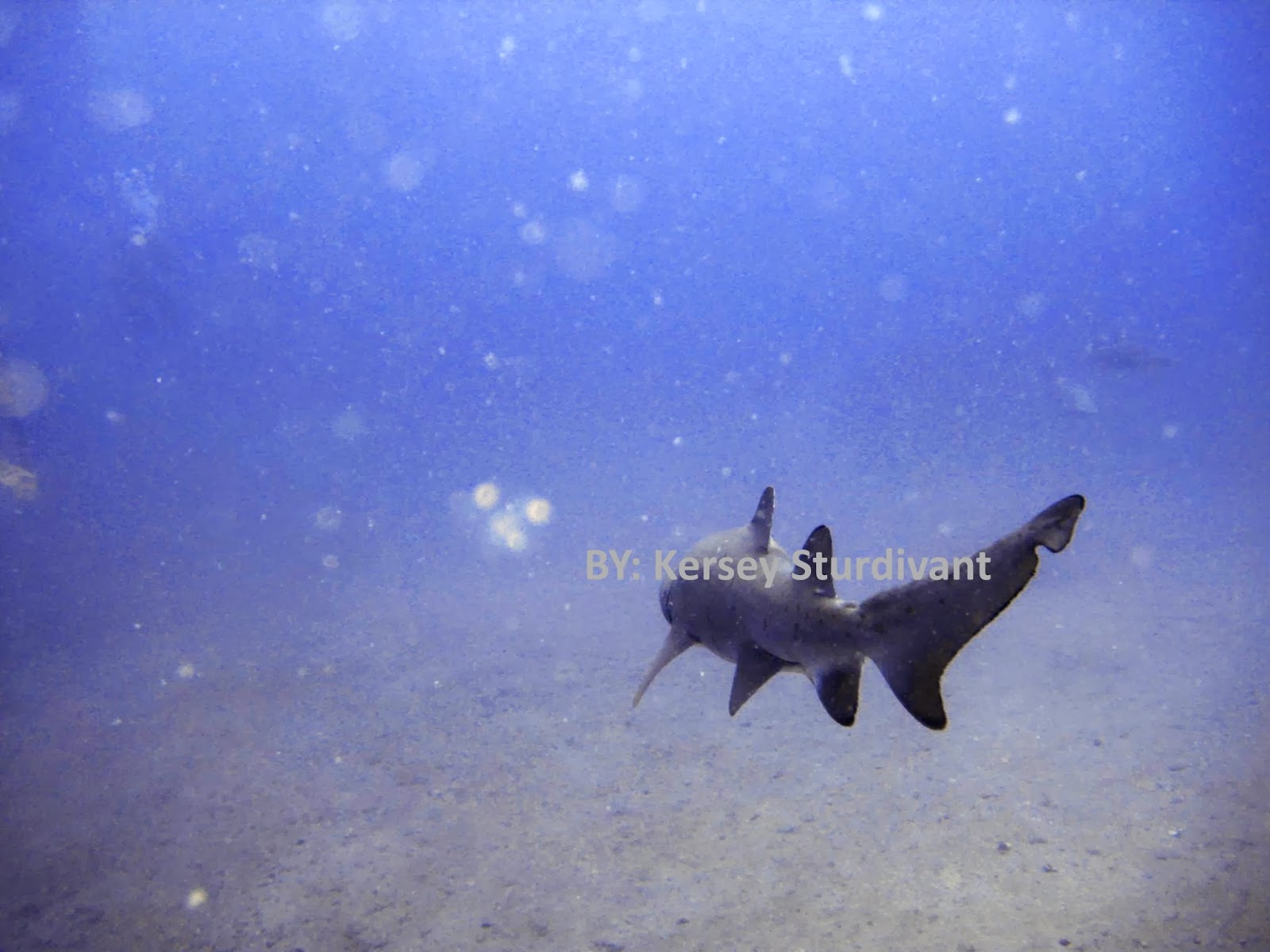 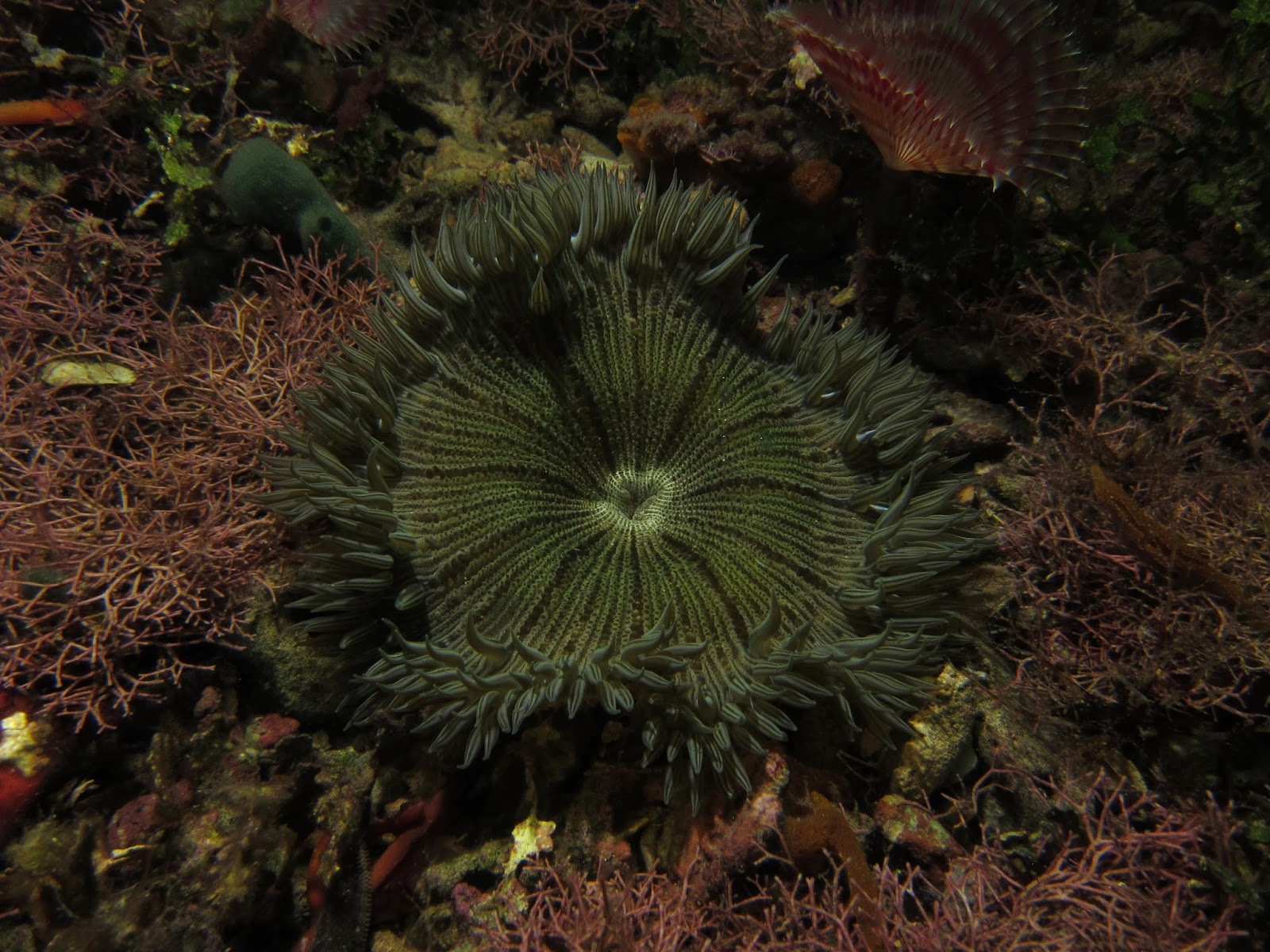 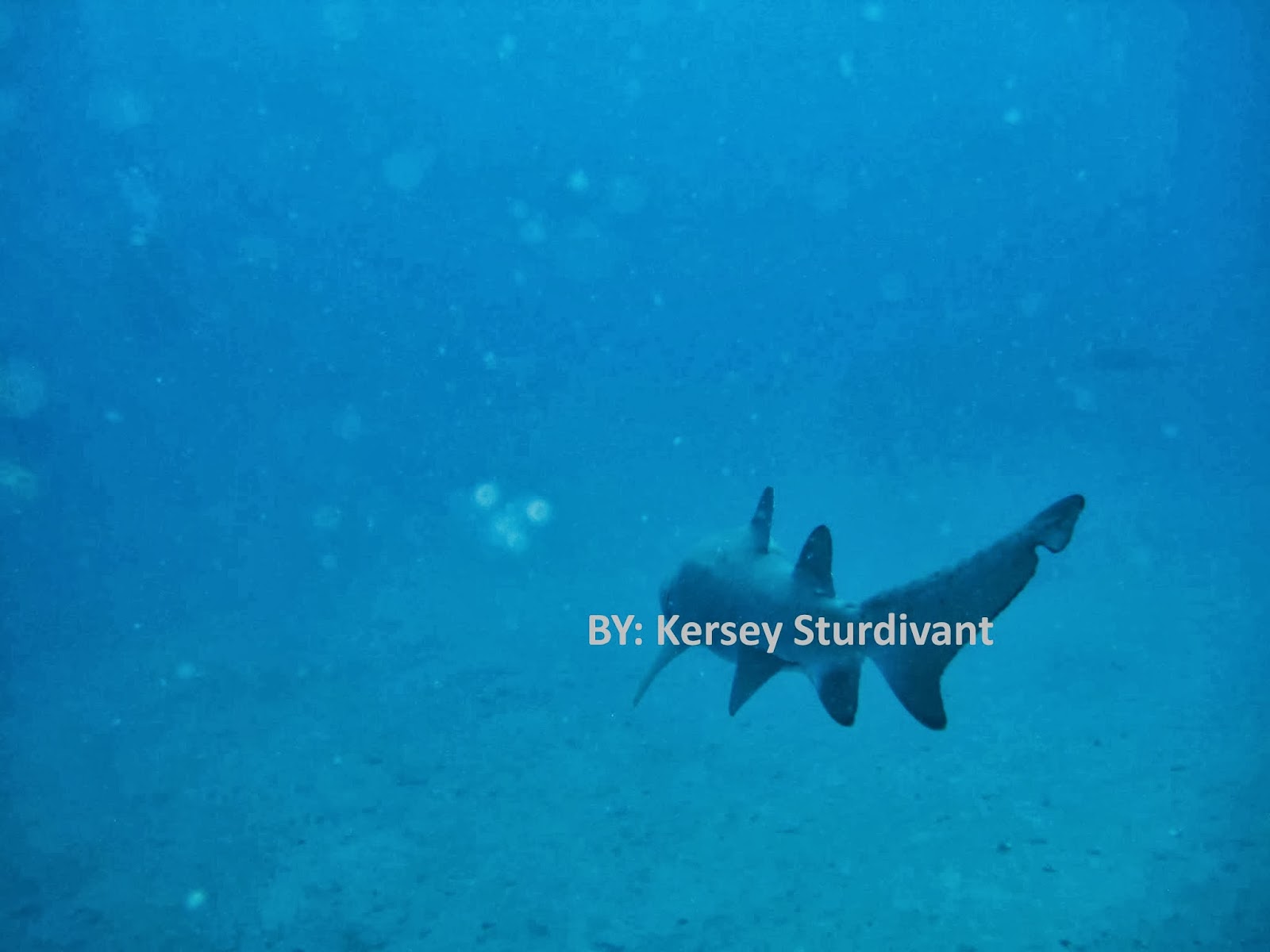 Posted by CC Science Diving Association at 4:15 AM No comments:

Submitted Pictures So Far...
Despite the error message, we are receiving your awesome submissions! If you don't see yours here, then, please try submitting them again (ignore the error message) or send them to ccsda.info@gmail.com. Can't wait to see who the winner will be! 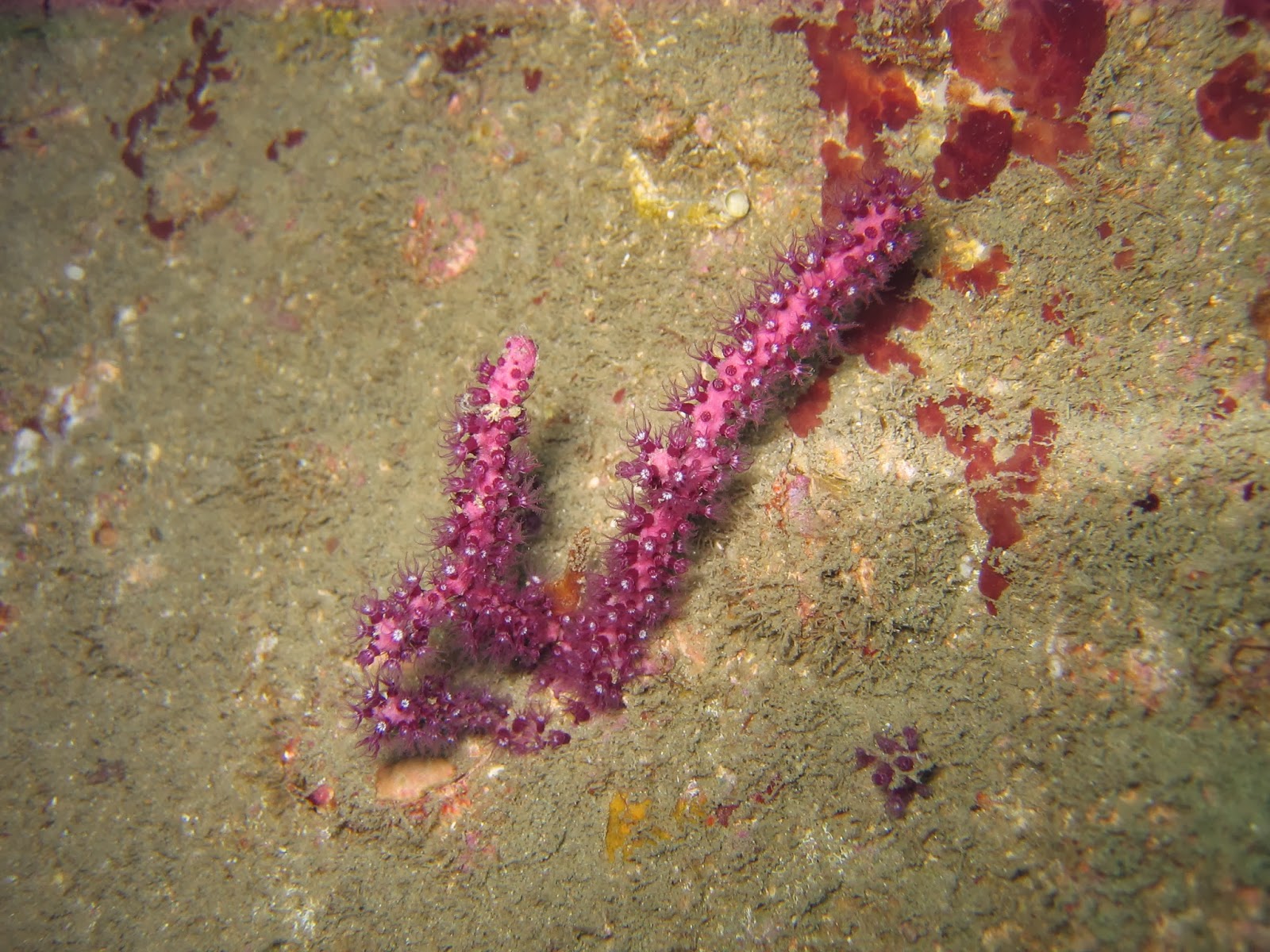 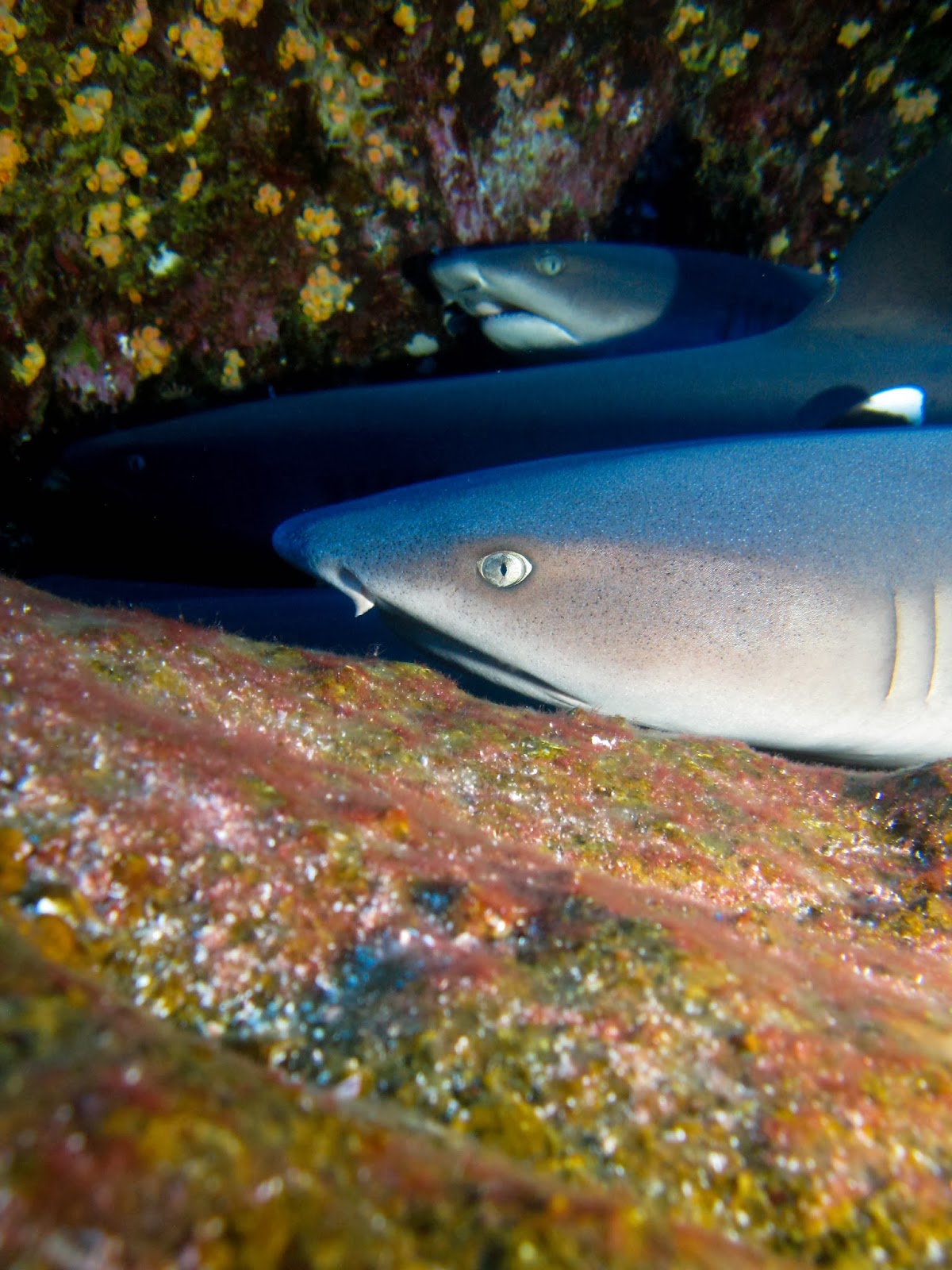 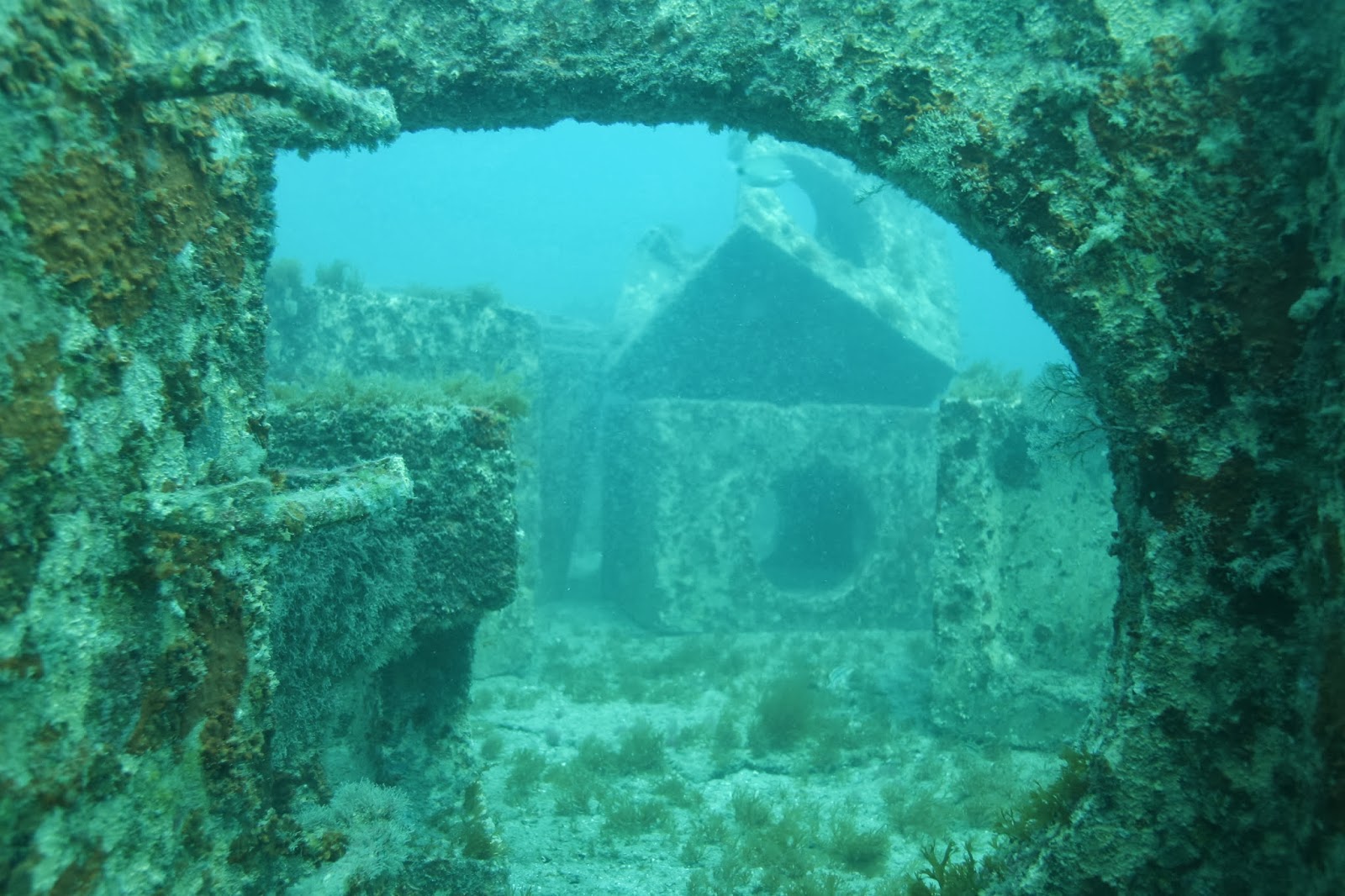 Posted by CC Science Diving Association at 1:40 PM No comments:

1. Allow scientific divers to meet and exchange information with other divers on methods, techniques, and research that requires the use of SCUBA as a tool,
2. Share knowledge of safer and more efficient diving and research methods, and
3. Educate non-diving scientists and educators about ways SCUBA and divers might enhance their success

Cost paid at the door:
Morning session: $10
Lunch: $10
Both if registered before Feb. 21: $15, the day of $20
Afternoon session: FREE!!
Happy Hour: Bistro By The Sea in MHC in conjunction with the “Eat More Lionfish” event.

Submit entries for the Photo Contest directly from the registration page or send them to ccsda.info@gmail.com and win a dive at the aquarium!

If you have questions, please contact Jenny Vander Pluym (Jenny.VanderPluym@gmail.com).

HAPPY HOUR: Bistro By the Sea in Morehead City in conjunction with the “If you Can't Beat 'em, Eat 'em” event.  Cash Bar.

***ALL PROGRAMS PLEASE BRING A POSTER VERSION OF THEIR LOCAL DIVE PROGRAM FOR DISPLAY IN THE AQUARIUM***
--IMAGE HEAVY, VERY LIGHT TEXT!!!

Posted by CC Science Diving Association at 1:30 PM No comments: